Right in the middle: Stormarn in the metropolitan region of Hamburg and in the Hansebelt

The district of Stormarn has an optimal location in the immediate vicinity of the Hanseatic city of Hamburg. It is an elementary part and inner core of the Hamburg metropolitan region. This metropolitan region with three federal states and one city state is marketed and designed at a wide variety of levels, from the working level up to the prime minister and the mayor. The direct proximity to Hamburg with the optimal transport connections via rail and the A1 and A24 motorways makes the location so attractive – for companies and residents! In particular, the international orientation is to be sharpened with the MRH.

The upcoming fixed Fehmarn Belt crossing will bring the district of Stormarn, the surrounding districts and the Hanseatic city of Lübeck even closer together in the Hansebelt. The opportunities of the future clearly improved proximity to Denmark and Scandinavia are used intensively in this region – Hansebelt. Companies are involved in HanseBelt e.V. to illustrate the favorable location and opportunities between Copenhagen and Hamburg and to advertise themselves and the Hansebelt as a highly attractive place to work and live in the fight for the workforce of today and tomorrow. 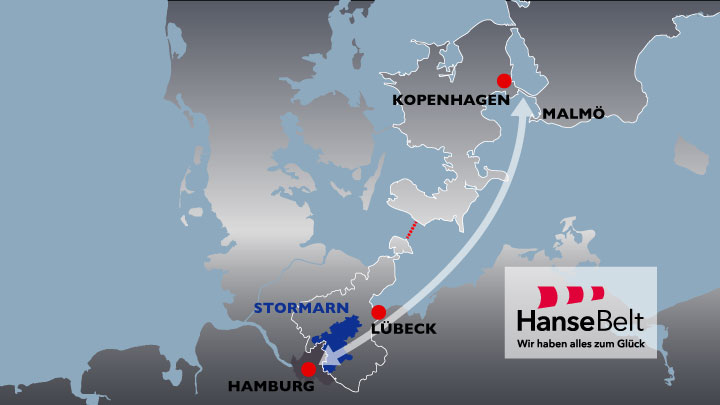